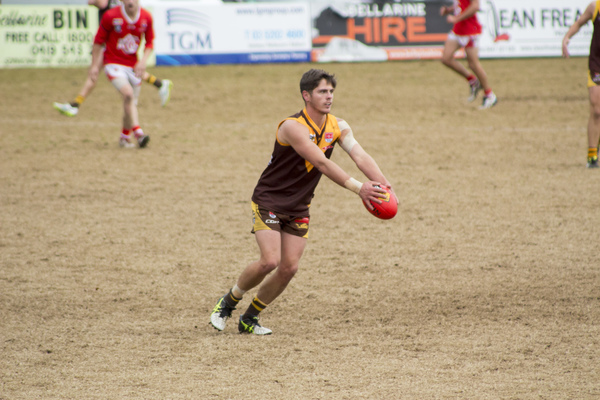 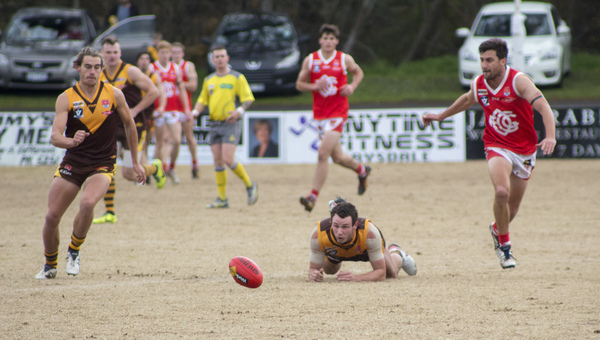 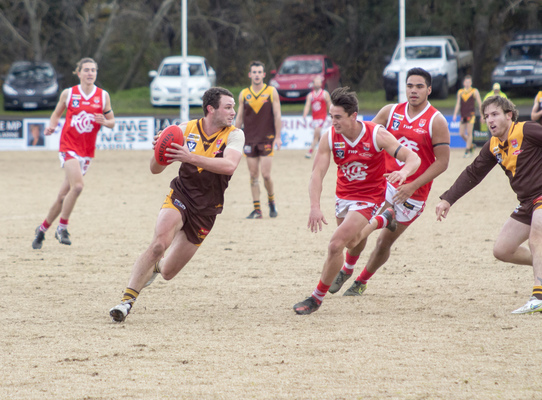 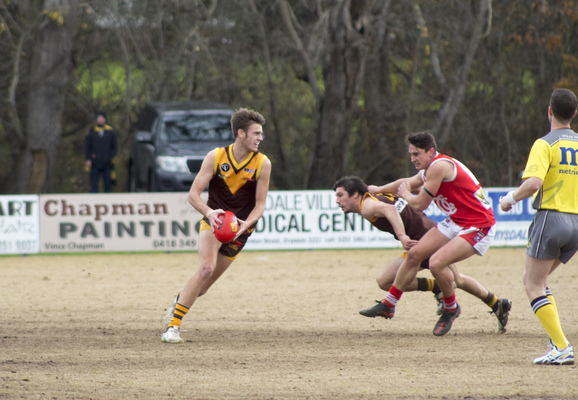 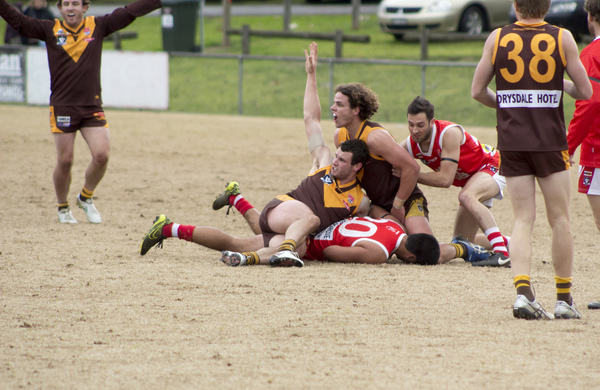 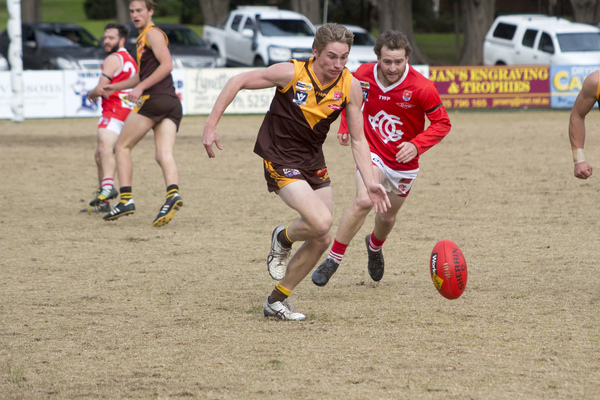 By MARK HEENAN DRYSDALE coach Wade Chapman says the improvement in his young playing group has far more importance than the club’s finals hopes in 2016. The Hawks suffered their seventh loss of the season after going down to Ocean Grove at Mortimer Oval by 22 points on 25 June. Final scores Ocean Grove 13.9 […]

DRYSDALE coach Wade Chapman says the improvement in his young playing group has far more importance than the club’s finals hopes in 2016.
The Hawks suffered their seventh loss of the season after going down to Ocean Grove at Mortimer Oval by 22 points on 25 June.
Final scores Ocean Grove 13.9 (87) to Drysdale 10.5 (65).
Prior to its Ocean Grove clash, Drysdale had registered six wins after 13 rounds, one more win than its entire 2015 season.
“We haven’t mentioned finals and I haven’t mentioned it as coach once this year,” Chapman said.
“It is about getting the process right and trying to play four consistent quarters and with the young group we have got, you are going to have your ups and downs, your good quarters and bad quarters.
“I still think we are learning and we are little bit off those top three sides even though we beat Geelong Amateur (in round four).
“Our goal for me was to improve upon from last year, we won five games in 2015 and we’ve won more games this year.”
Chapman said the Hawks fielded a youthful line-up against the Grubbers with all players under the age of 30, except 30-year-old Simon Scott, who booted three goals.
Scott’s younger brother Mitch was another standout against Ocean Grove.
“That was one of our younger sides that took the field against (Ocean Grove),” Chapman said.
The Hawks took a four-point lead at quarter time despite more forward 50 entries from Ocean Grove.
Drysdale increased its lead during the second term with more centre clearances and led the Grubbers by six points at the main break.
Chapman, who praised Ocean Grove’s fitness, said his side was unable to capitalise on their half-time lead as the Grubbers held a 12-point advantage at three-quarter time.
“We tend to let teams back in the game, you get a couple of goals, you want to get three or four goals up,” Chapman said.
Ocean Grove’s more experienced bodies ran the game out better to record a comfortable win in the end.
Hawk Simon Edwards showed glimpses of brilliance with two goals and increased his goal tally to 31 after 12 rounds.
Key young tall Josh Rushton was sidelined with an ankle injury and had no impact in the second half.
Chapman’s said Rushton’s injury hurt their structure but was wary Ocean Grove was down to 20 fit players after Grubber pair Jahd Anderson and Travis Gavin were forced from the ground before half time.
“He (Rushton) unsettled our structures too and he rolled an ankle and could not come back on – that hurt us a little bit down back,” he said.
“Likewise Ocean Grove they had a couple of injuries too.
“Full credit to them (Ocean Grove) they got the four points, it was a good win by them.”
Drysdale defeated Ocean Grove by 29 points in the reserves grade curtain-raiser. Final scores were Drysdale 10.10 (70) to Ocean Grove 6.5 (41).
Hawk Jake Besterfield booted three majors, while team-mate Jayden Barmby, who kicked one goal, was among his side’s best players.
In the under-18 Colts Division 2, Ocean Grove 1 defeated Drysdale 1 by 16 points at Mortimer Oval. Final scores Ocean Grove 11.10 (76) to Drysdale 8.12 (60).
Hawk Campbell Davis booted three goals, while team-mate Austen Krueger snared two majors.
In the earlier under-18 Division 4 clash, Ocean Grove 2 defeated Drysdale 2 by eight points. Final scores Ocean Grove 9.7 (61) to Drysdale 7.11 (53).
Zak Bellman kicked two goals for the Hawks. 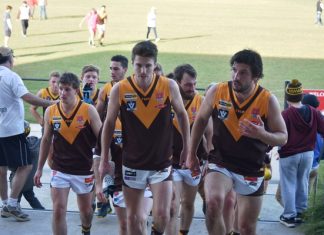